Friday, Jan. 20:  doom and gloom from President Trump in what one writer  called  “the darkest inaugural address Americans have ever heard.”   Ugly rhetoric.  Misleading exaggerations.  Lies.…Afterwards he even lied about the weather. 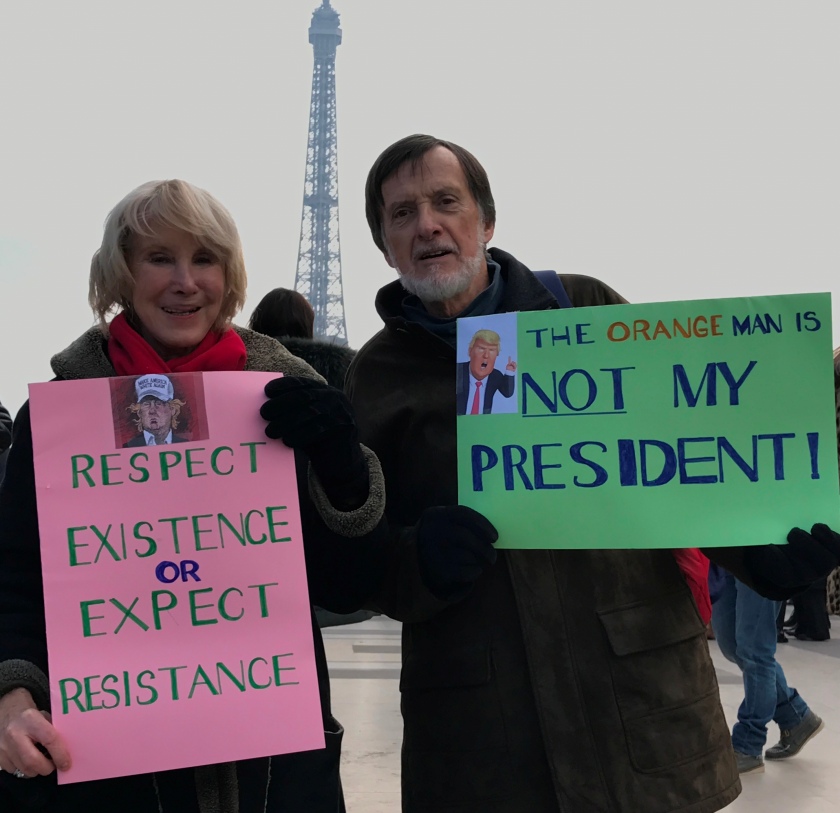 Friend Lynne,  Bob and I joined thousands in Paris. The mood was upbeat .  The vibes positive.  Energetic, enthusiastic crowds sang, cheered and chanted:  “Ho Ho, Donald Trump has got t go.”  “Nazis, KKK, Facists… Not in the USA.”    “When they go low, we go high.”

It was thrilling to be part of this world wide movement to preserve democracy.  But we cannot let this be a one-time good deal. A New York Times article quoted  Marian B. Mollin,  a professor at Virginia Tech who studies the history of social movements.

To be effective, she said, a march must energize participants long after they’ve gone home, sustaining them through the less exciting aspects of change.

“Are they continuing to be fired up when they get back? Because there is a lot of unfun, unglamorous work to do,” she said.

Let’s get to work.  Trump is not our president.

Following are photos from Paris, many courtesy of fabulous Lynne Crytser. 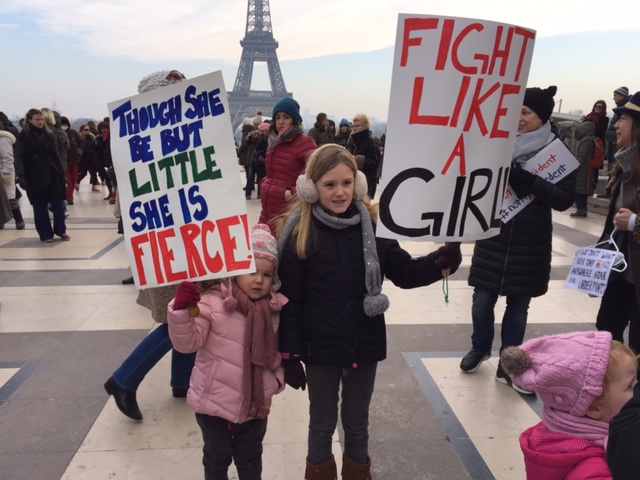 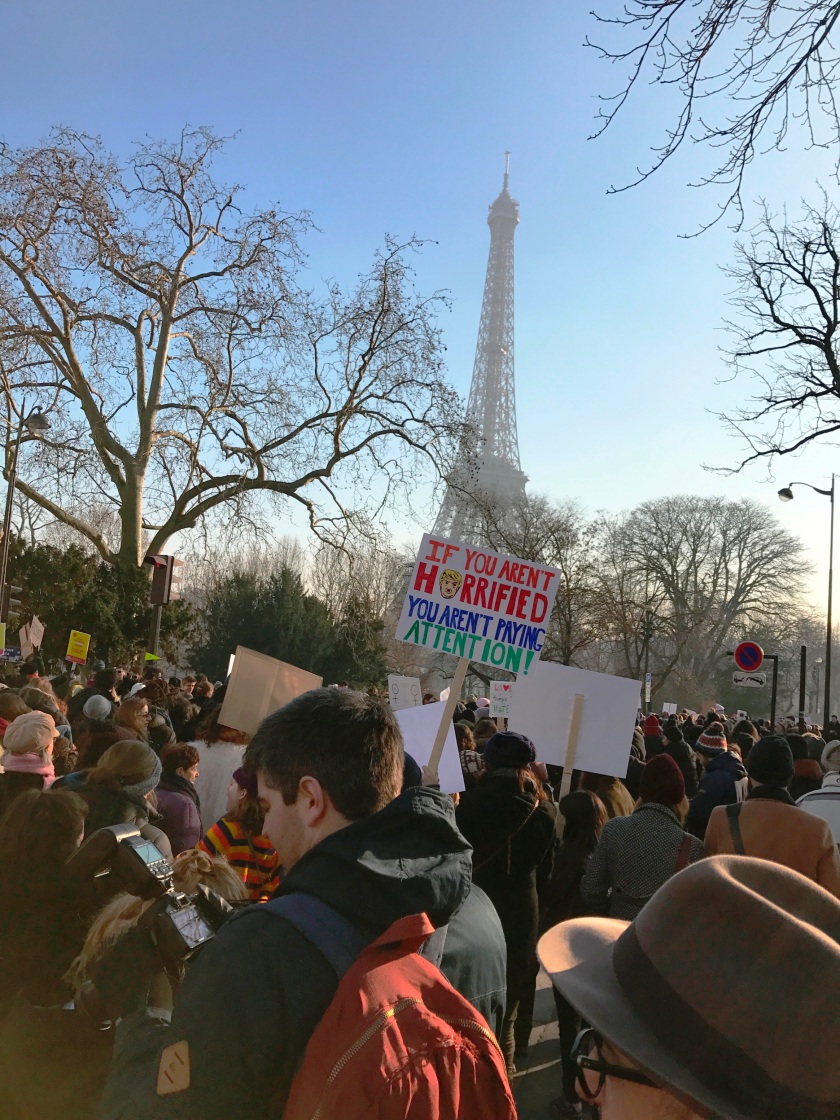 Please feel free to comment.  See  below.  Back to China in next post with a report on my fall into a canal from a bridge that broke.  Don’t miss it. If not already a Tales and Travel follower, sign up (upper right). Your address is kept private and never shared.

Finally, a new recipe, endives, a French favorite and especially  for my brother David who will teach a course, The Edible French Garden.  Must have endives.  See recipe at top right.