Skip to content
The treacherous climb to the top of Sigiriya, Lion Rock, is a tourist must.  We had told Nimal, our first-rate Sri Lankan driver and mentor, that we were reasonably fit and up for moderate hiking.  That was before I viewed this massive monolith of stone with steep vertiginous metal staircases attached to its walls: definitely more than moderate. I wanted to wimp out. My courage and determination dissolved. 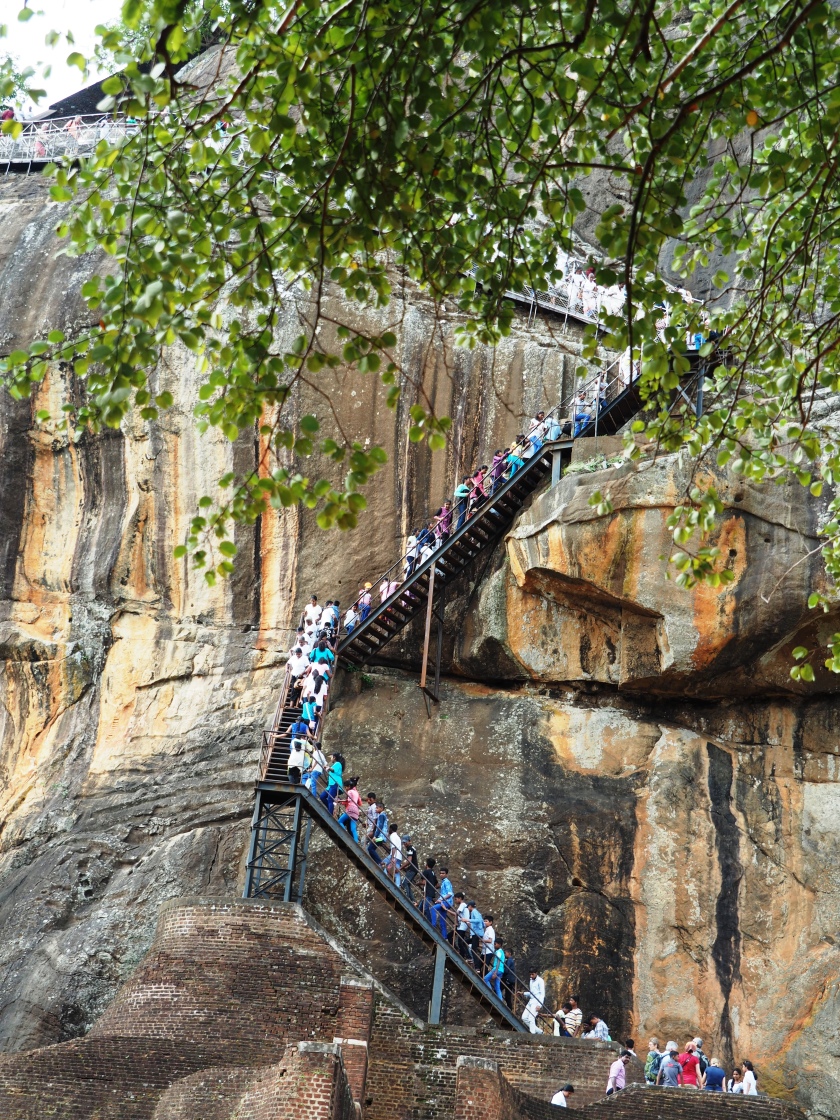 It was hot, very hot. There were no trees to provide shade en route to the top.  It was crowded, a single file of slowly moving bodies inching upwards on those dreadful stairs. This did not look like fun.  Was it worth it?  Could I make it?  After the Chinese disaster (See previous post:  “China II:  The Fall”) I could not risk another crash. “You can do it,” Nimal assured us.  He arranged a local guide.   I let him carry my camera and water and concentrated carefully on every step. Fortunately a landing with a gallery of remarkable frescoes provided a welcome break en route up.  The reward, stunning vistas atop, was well deserved.  It is generally believed that Sigiriya was a royal citadel during the fifth century, although another theory maintains that it was a monastery and religious site.   Our guide adhered to the citadel theory and told us that King Kassapa had 500 concubines, for whom he built swimming pools with diving boards. There are many more astonishing sights in Sri Lanka, an island nation in the Indian Ocean off the southeast coast of India.  Although not much bigger than Wales, Sri Lanka packs a lot into a small area: glorious beaches, ancient temples, hillside tea plantations, wildlife sanctuaries, rain forested peaks, more challenging climbs.

The country’s 30-year civil war, which ended in 2009, kept visitors away. That has changed dramatically. At Sigiriya, and just about everywhere we went during our two week tour of the country in late February, we encountered lots of tourists.

We visited many other sites, temples and ruins.  The city of Anuradhapura, Sri Lanka’s ancient capital, is a complex of archaeological and architectural treasures.  We followed a parade of worshipers walking along a giant piece of orange cloth, 300 meters long according to Nimal.  It symbolizes Buddha’s skin, he told us, and was to be wrapped around Ruvanvelisaya, a magnificent white dagoba or shrine for sacred relics.

The climb at Mihinthale, another temple complex, was beyond us:  1,843 granite slab steps with the sun blazing down on them. No shoes allowed –you had to ascend barefoot.  No way.

Polonnaruwa was Sri Lanka’s medieval capital from the 11th to the 13th centuries before it was abandoned to invaders from South India.  We – and many others — toured the area by bike with stops to admire and photograph.  The major attraction is the site with colossal Buddhas carved out of rock. At Dambulla Royal Rock Temple, some 150 different Buddhas are enshrined in five  caves.  The Disney-like entrance to the site, with a monstrous Golden Temple and mammoth concrete Buddha, seems out of place, but the gentle climb along a wooded path to this hilltop temple complex is easy and pleasant.  Entrance to the caves is controlled with a certain number admitted for each visit. It is well worth the wait to see these remarkable statues in this dimly lit, mystical ambience.

Both tourists and worshipers flock to Kandy, a lovely hill town whose magnet is the Sacred Tooth Temple where one of Buddha’s teeth is said to be hidden inside a golden shrine or casket which in turn contains six more caskets, much like a Russian box.   We joined a large crowd and patiently waited in line for a night time opening of the heavily guarded room containing the tooth shrine, and our turn to file by the relic casket.   Although there was little to see, the holy ritual and huge temple complex are intriguing.   According to Lonely Planet, Sri Lankan Buddhists believe they must complete at least one pilgrimage to the tooth temple.

Nimal De Silva, (ndsilva67@yahoo.com and dsltours.com)  chauffeured us around his country, made hotel arrangements, arranged local guides at many places — and taught us much about this fabulous country.  He is a delight, very patient and accommodating. We were happy with all. More on Sri Lanka in coming posts:  flora and fauna;  food, markets and produce, beaches and hilltop retreats.  Don’t miss it.  If not already a Tales and Travel follower, sign up (upper right). Your address is kept private and never shared.

Please feel free to comment – just scroll down, below following photos,  click, scroll down again and add your thoughts. 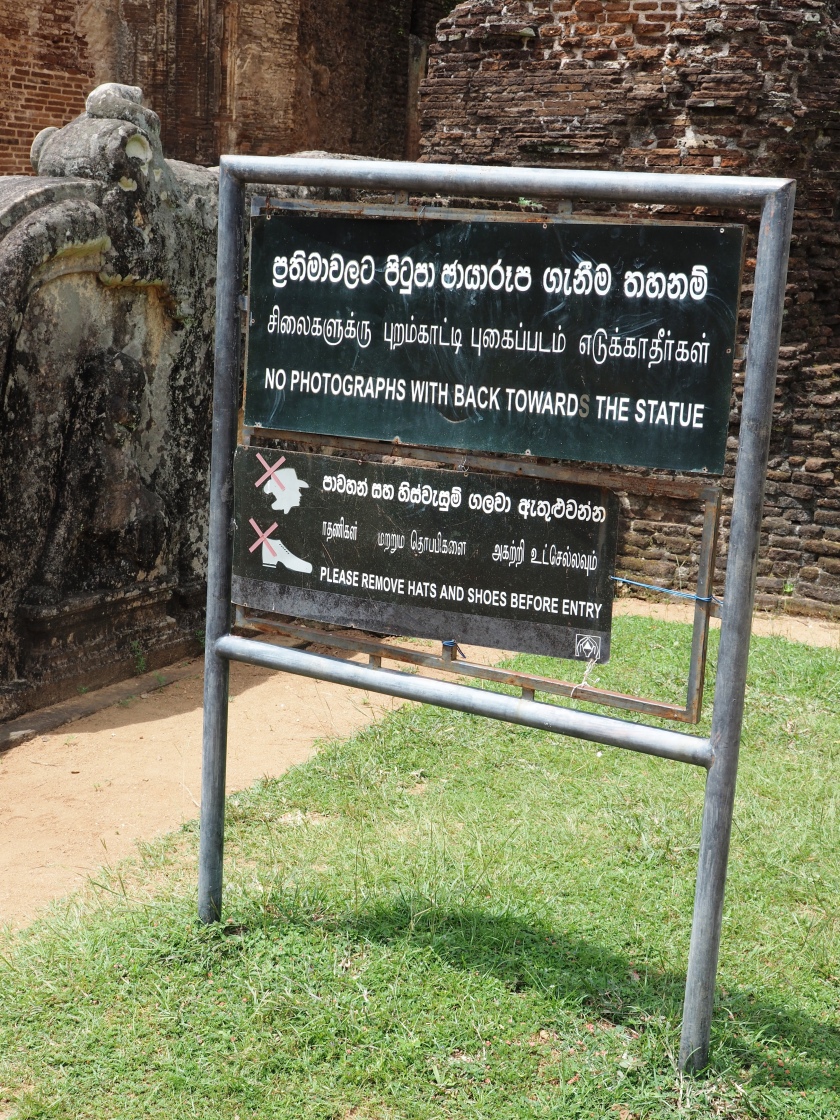 20 thoughts on “ Wonders of Sri Lanka”