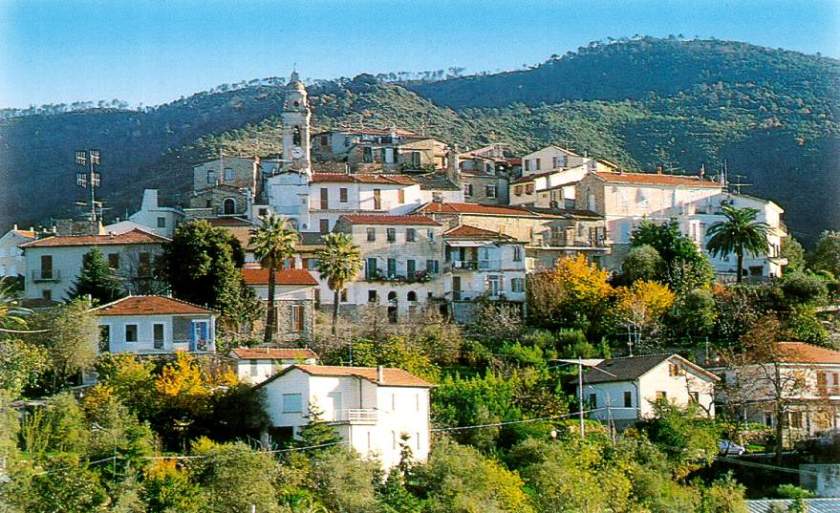 Once upon a time, high in the Italian hills overlooking azure Mediterranean waters, a local gardener decided he would like to become a prince. But, he needed a kingdom – or at least a patch of land to rule. No problem. He did some research and figured a small portion of this mini paradise did not legally belong to Italy. (That is all a bit complicated.) He convinced the local population of his claim and managed to have them vote to give him the title of Prince. That was in 1963, and Giorgio Carbone, His Supreme Highness, ruled the micro nation Seborga until his death in 2009, when Prince Marcello I assumed the throne.

So, all 2,000 citizens of the fairytale-like kingdom have been living happily ever after? More or less, but with some political intrigue to muddy the waters from time to time.

I had never heard of Seborga.  When the American Club of the Riviera sponsored an event in the principality, a gala dinner following festivities for the national holiday, the feast of Saint Bernard, I signed up. And, did some Seborga research.

Perhaps I exaggerated the part about Giorgio wanting to become prince. Who knows? For details on Seborga history, see Wikipedia.   In brief, from the 10th century, monks ruled the principality. They sold it to the King of Sardinia in 1729, a sale Giorgio and his followers claim was invalid. Italy, they maintained, annexed Seborga “illegitimately and unilaterally.”

The Principality of Seborga (14 square kilometers) calls itself a separate state within Italy’s borders, similar to Vatican City and San Marino.

Italy ignores these claims and has jurisdiction over the territory.   . Nonetheless Seborga has its own army, flag, royal family and currency. The latter, as well as passport stamps, are popular with tourists.

Prince Marcello, a 38-year-old former professional speedboat racer, is protected by his eight-member, blue-bereted Corpo della Guardia who were on duty for the national day festivities. To the delight of spectators, the Prince and Princess made a ceremonial entrance to the town in a horse-drawn carriage following a parade of costumed locals and guards.

Marcello’s German born wife, Nina, serves as foreign minister of Seborga. The couple were formally received by Queen Elizabeth in 2011. On the world stage, Burkina Faso recognized Seborga as an independent state in 1998. According to one source, some 20 other nations also recognize the tiny nation’s  independence.  The U.S. has an ambassador to Seborga who attended the national festivities. 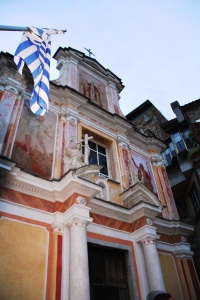 That is not enough, says Nicolas Mutte, described by the Wall Street Journal as “a shadowy, possibly French figure whose occupation is unknown.” He posted an online video this spring proclaiming himself “His Serene Highness Nicolas I,” Seborga’s new ruler. Mutte, who says he is a descendent of Napoleon, seeks a split from Italy and accuses Marcello of only promoting tourism and folklore.

Although the Prince, a local real-estate entrepreneur, was elected on promises to fight for independence, secession has taken a back seat as Seborga and its traditions have become a tourist magnet. Marcello does not seem threatened by Mutte. “Seborga is a free and

sovereign principality that has elected me as its prince,” he told the Wall Street Journal. “Mr. Mutte has no rights over Seborga.”

Even Giorgio had to fend off pretenders to his throne. In 2006, a woman calling herself “Princess Yasmine von Hohenstaufen Anjou Plantagenet” stated that she was the rightful heir to the Seborga throne. Giorgio dismissed her claims, calling her the “internet princess.”

All of this intrigue adds to the fascination of this secluded fairytale sovereignty snuggled aside a long and twisty road above the coastal city of Bordighera on the Italian Riviera. Throngs of visitors conquered the challenging journey to attend the August festivities. Flags, hundreds of the principality’s blue and white banners, set the scene for a parade, music,

flag throwing demonstrations, costumes, dancing – and the dinner. ( I only hope Seborgans have better food than the definitely-not-delicious offerings we were served at this repast. At least there was no shortage of wine.)

Seborga, the eponymous capital city of the principality with a mere 337 inhabitants, is one of those ancient hilltop villages of skinny, cobbled streets that climb and descend, past old stone dwellings decorated with flower boxes.   Views of the Med and distant peaks from the town terraces are splendid. A visit to its privately owned gramophone museum is mind boggling.

So, too, is the Seborga story.  Could I overthrow Nina and become Princess Leah (think Star Wars ) ?

22 thoughts on “A real Fantasyland? (only in Italy)”