“In religion, all other countries are paupers, India is the only millionaire,” wrote Mark Twain in Following the Equator.

The majority, 80 percent, are Hindus. In Varanasi on the banks of the Ganges we witnessed the early morning Hindu bathing ritual, hundreds plunging into the non-too clean water which they believe is holy and will wash away all sins. At night, the banks of the river are a smoldering mass, fires and smoke from cremations. Many come to die in Varanasi. Death in the holy city is said to free one from the cycle of birth and death.

The Taj Mahal – India’s architectural treasure, the dazzling white marble mausoleum built by Emperor Shah Jahan for his second wife who died in childbirth in 1631, is a Muslim monument decorated with carefully inlaid Koranic verses. 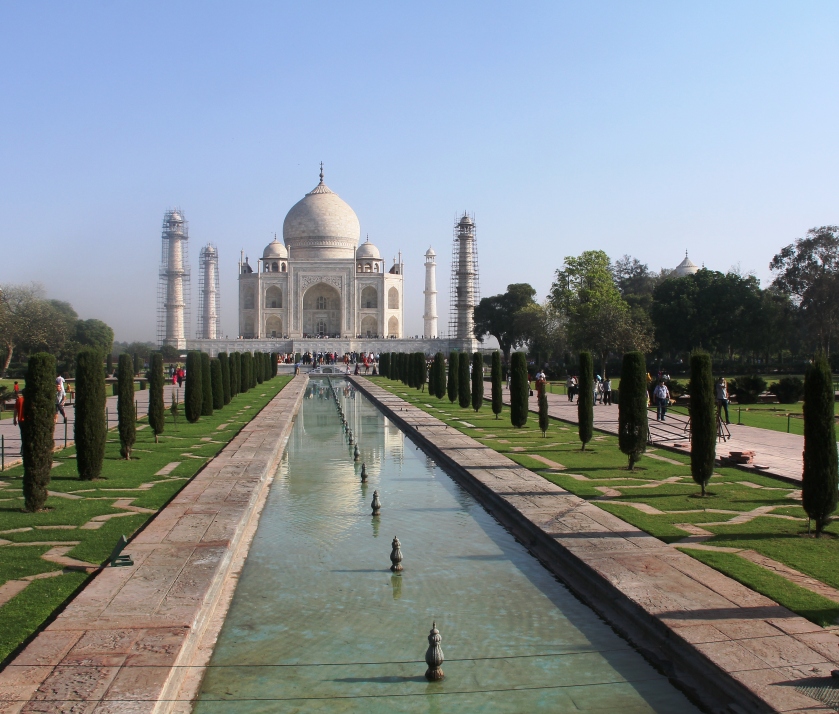 And Amritsar, home to the Golden Temple, the spiritual and cultural center for the Sikh religion, is yet another fascinating religious shrine. Sikhs compose only two percent of the Indian population, yet Sikhism is the fifth largest among the world’s major religions.

The religion was founded in the early 16th century by Guru Nanak and gurus who followed him. Nanak preferred the pool at Amritsar (“Pool of Nectar” in Punjab and Sanskrit) for his meditation and teaching. The site in northern India, today not far from the Pakistan border, became a pilgrimage center where a great temple was built. Perhaps more than the temple, it is the Holy Book, Guru Granth Sahib, the sacred scriptures of the Sikhs, enshrined inside which draws many pilgrims today.

Twice per day an amazing ceremony focused on the book takes place at the temple. Thanks to guide Alok, we witnessed the lively and curious evening ceremony when the book is carried to its bedroom. Behind golden doors, it spends its night on a bed under an elaborate canopy.

We joined others in a long waiting line to view the book before the evening procession. While waiting, I had the chance to talk to a friendly Sikh who moved from Amritsar to London 17 years ago. London, where the gentleman has a fish and chips shop, has a large community of Sikhs. He was with his son. They, like many others, had a gift to lay near the book where a holy man, surrounded by other holy men sitting cross-legged on the floor, reads sacred verses.

After viewing the book, worshipers, all singing, line up behind ropes to view the ceremonial procession. The book, much like statues in Christian processions, is carried on a golden platform festooned with garlands of flowers.  A group of holy men follows behind, chanting. A trumpet blower announces the arrival of the book. There are stands where worshippers can take communion. It is a joyous, festive spirituality.

At 4 a.m. the same ceremony is repeated when the book is taken from its bedroom back to the temple.

We returned to the holy site the following day and were free to wander around this mystical place after leaving our shoes near the entrance and covering our heads. Vendors sell souvenir bandanas. Sikh men are not permitted to cut their hair and are easily recognized by their beards and colorful turbans. Sikh women wear either a turban or cover their head with a scarf.

Before entering the sacred grounds, feet are washed by wading through a shallow pool.

The complex is large. It’s a delight to slowly stroll and enjoy the scene, the people, the peaceful ambience, the shimmering golden temple. Selfie photos in front of the temple are popular. Families walk around the lake, taking pictures of one another. Some tired souls just lie down and rest in shady spots. An underground spring feeds the sacred lake where some pilgrims immerse themselves to cleanse their souls. The complex also includes enormous pilgrims’ dormitories and dining halls where all, irrespective of race, religion, gender, are lodged and fed for free.

Feeding the hungry is a tradition among people of many faiths, but Sikhs may get first prize for generosity. The Golden Temple serves 80,000

simple vegetarian meals every single day of the year – all paid for by donations. Anyone can partake.   Volunteers cook, serve meals and wash the dishes.

Groups sit on the floor rolling dough for naans (Indian flatbread). Nearby other groups smoother naans with a type of butter. Enormous vats of various concoctions simmer on stoves.

Some who eat at the temple volunteer to help out to “pay” for the food and assist the permanent volunteers. Sikhs who live in other countries often come and stay at the temple for several months to help in the kitchen.

The Golden Temple’s past is not all peace and love. In June 1984, Indian Prime Minister Indira Gandhi ordered an attack on armed Sikh militants holed up there. Over 500 people were killed in the ensuing firefight. Sikhs around the world were outraged at the desecration of their holiest site. Four months after the attack, Gandhi was assassinated by her two Sikh bodyguards, leading to a massacre in which thousands of Sikhs lost their lives.

Most of the damage has been repaired by the Sikhs themselves who refused to allow the central government to take on the task. 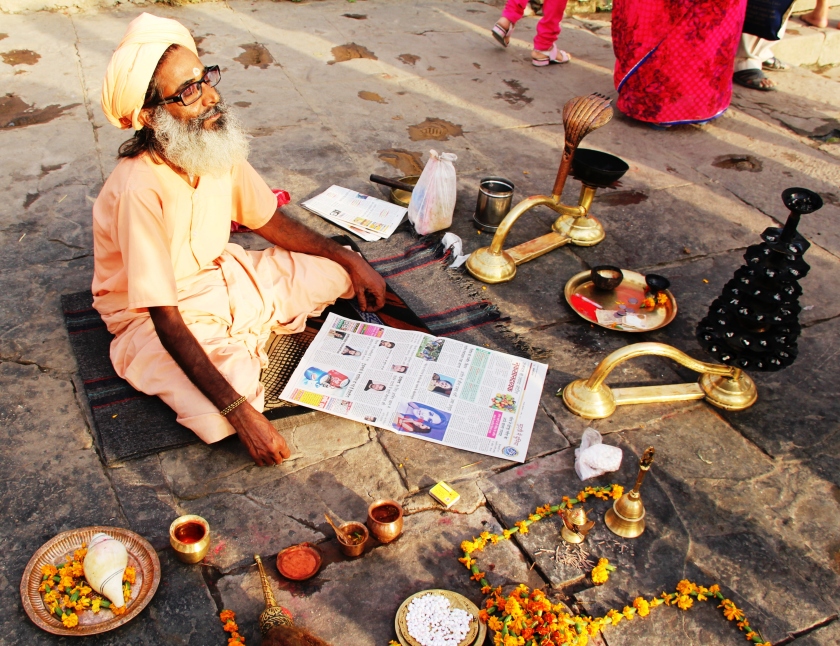 More on India soon—Dharamshala and the Tibetan refugees.  If not already a Tales and Travel follower, sign up (upper right) so you will not miss this and future posts. Your address is kept private and never shared.

Like my blog? Tell your friends.   I love to know what my readers think about my posts – feedback is welcome.

It’s summer and melon season – perfect time for a light, refreshing dessert. I brought Chilled Melon with Lime and Ginger to a recent pot luck. All loved it. Click HERE for recipe and scroll down for more of my tried and true recipes.