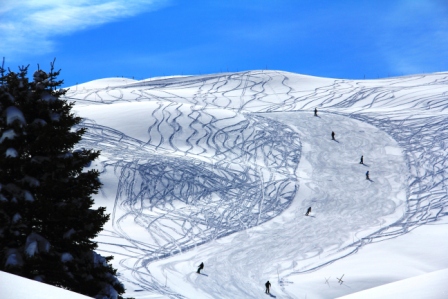 They came, they skied, they raced, they partied – 210 journalists from 31 countries on the Swiss slopes above the charming town of Champéry. The ski terrain is part of the incredible Portes du Soleil ski region with interconnecting slopes in both Switzerland and France. 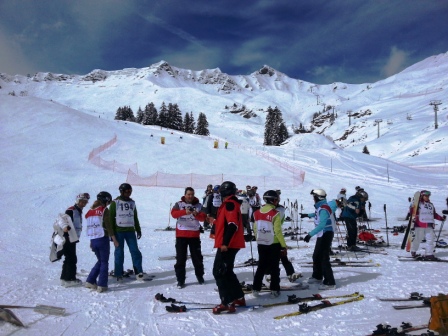 The 61st meeting of the Ski Club of International Journalists (SCIJ) had a serious side, too. Jean Claude Biver, president of the upscale Swiss watch manufacturer, Hublot, gave a fascinating presentation on the “Swiss model” and the history of watch making in the country. A panel of experts discussed climate change and the threat to mountains. Another panel talked about “swissness.” 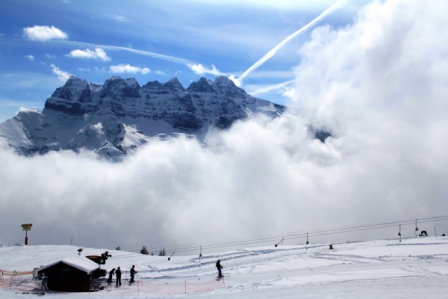 But, it’s skiing that is foremost during these meetings, once each year in a different country. I’ve been a member for many years and, in addition to joining meets on European slopes, I’ve had the fortune to ski in Japan, the U.S., Argentina, Turkey and Morocco.

Races are de rigueur, both giant slalom and cross country. This was my first time back in the starting gates with my new knee. My times were slow, but I

competed. This was also my first time skiing in about four years. The bionic knee is a wonder, performing well beyond my expectations.

Even though SCIJ races are for fun, many take them seriously. It’s hard not to get pre-race jitters before the competitions. Races aside, skiing at Portes du Soleil, which claims to be the largest ski area in the world, is fabulous with slopes for all levels. 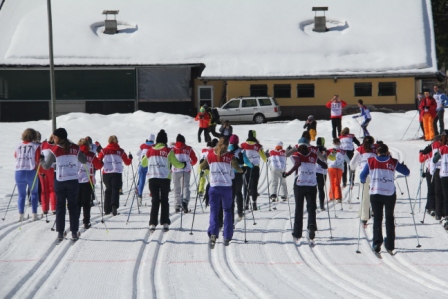 I joined friends for a trek over the mountains to Avoriaz and beyond in France. We had snow the first few days of our stay, so the off-piste skiers were in heaven, most skiing on freeride skis.   The more adventurous, equipped with  avalanche beacons and shovel, followed a guide to ski back country.

Nations Night is a favorite on the après-ski agenda. Members bring delicacies (food and beverages, usually alcoholic) from their countries to share with others. There were just three Americans this time, myself, Risa Wyatt and Peter Schroeder, both from N. California. We had a Kentucky table. (Peter hails from Louisville and I got my journalism start at the Louisville Courier-Journal many, many years ago.)  We offered mint juleps, ham and corn bread. There was no 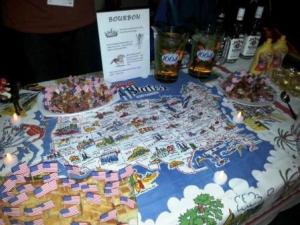 reasonable way to get Kentucky ham to Switzerland, so we settled on a Swiss smoked variety which was delicious. I baked and lugged five heavy batches of corn bread in a backpack, in addition to a weighty suitcase, on the train from France. A major mistake!  Corn bread, I learned, is best eaten the day it is baked, not three days later. Although it had been enveloped in plastic wrap and then foil, it was hard, dry, dreadful. It all ended up in the garbage. (But — it was yummy the day it was baked, warm from the oven smeared with butter. See recipe in column at right.)

The week ended with a “White Party,” when all were asked to wear white. Bulgarian doctors and nurses joined sheiks and others clad in snow white for a fun and festive evening. 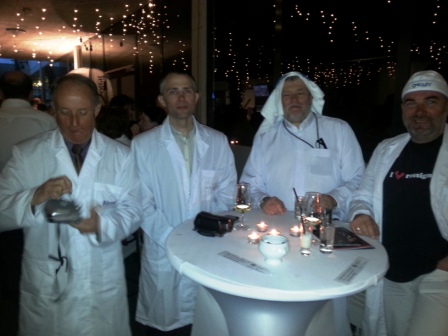 I went on to join a small group for a post trip to slopes in Crans Montana, another top Swiss ski resort. In addition to skiing in the sunshine, we enjoyed a tasting of wines from the Valais, Switzerland’s largest wine producing area. We also had the opportunity to savor diffferent Swiss wines at Champéry. Excellent, but unfortunately since limited quantites are produced, the thirsty Swiss drink most and little is exported.

Thank you, SCIJ Switzerland, for a super meeting! 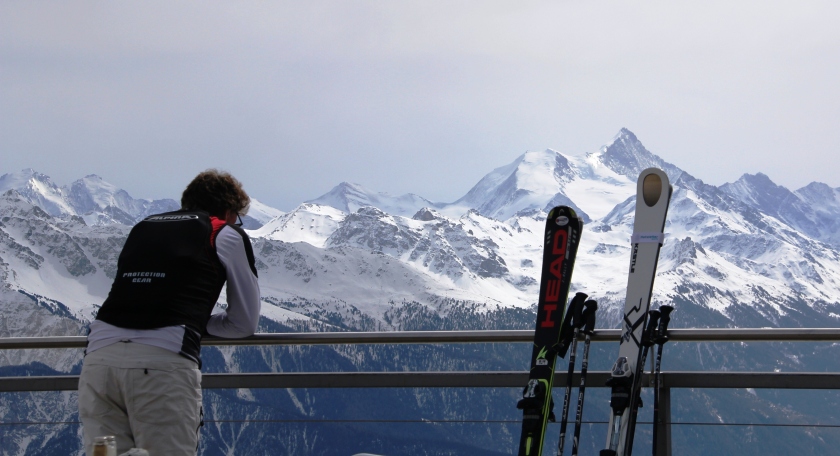 SCIJ USA is looking for new members. If you know an American journalist who skis, tell him/her to check out the web site, www.scij.info , and/or contact me.

More about Champéry at www.champery.ch